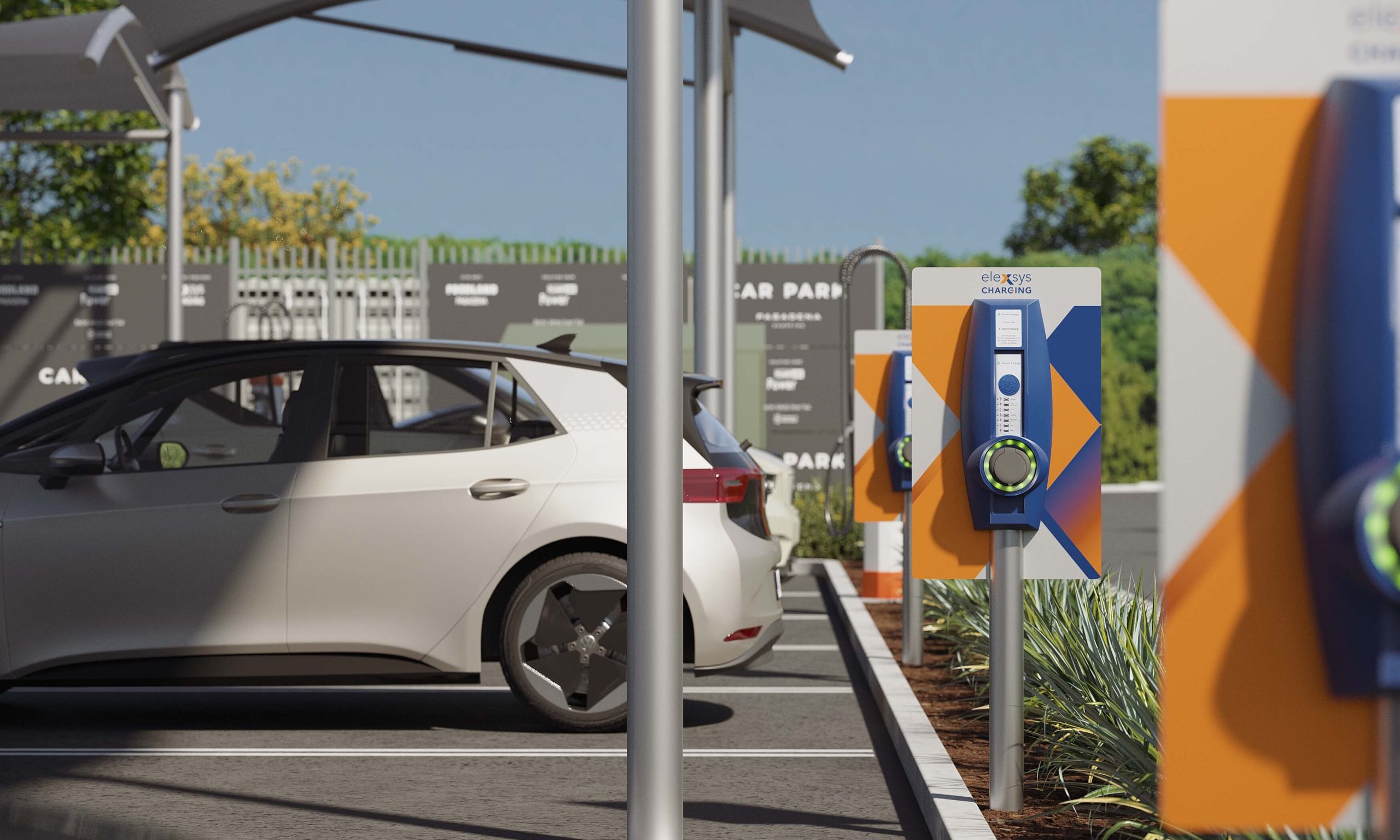 Australia’s largest battery and EV charging station, the first of its kind with battery-to-grid capability, has been given the green light for Adelaide’s Pasadena Shopping Centre.

The world-first concept unveiled in August this year has now been received all development approvals with installation works commencing immediately.

The eleXsys Electric Vehicle Energy Storage (EVES) system will feature a 1MW/1.25MWh battery energy storage system and 14 EV charging points, with grid-connection capable of purchasing clean energy from the grid during peak solar hours and storing it for EV charging.

Not only does the system operate at zero infrastructure cost to the landowner, but it also allows profitable energy arbitrage for unused stored electricity during off-peak EV charging times.

The project will be delivered under a partnership with our master licensee Planet Ark Power and the South Australian Government’s EV Smart Trial, showcasing grid-connected renewal energy storage and its suitability for shopping centres and public spaces.

Site work will be led by UCS Sustainability with stage one set to include all civil and electrical infrastructure works with eight AC standard electric vehicle charging points ready for use by February next year.

Stage two will then be completed later in the year. It will include batteries, trading desk functions and a further six DC fast electric vehicle charging points, with world-first ‘boost’ capability.

The unique boost feature, which provides a total of 476kW, will allow vehicle owners to fully charge their EV in 15-45 minutes at one of the rapid charging points.

Standard fast charging will also be available, fully charging an EV in 2 to 4 hours, proving suitable for longer shopping trips.

“This project sets a new precedent as we move one step closer to a carbon neutral Australia,” he said.

“Not only are shoppers offered a convenient, affordable charging solution, but our technology means businesses also benefit financially when they install an EVES system.

“Our system purchases clean energy from the grid and allows the arbitrage of unused energy; meaning landowners profit from the system but pay nothing for the infrastructure.”

This will lead to lower energy prices, increased ability for solar installation, and unprecedented grid stability.

“Our system allows commercial and industrial sites to be turned into clean energy power stations that maximise distributed energy resources (DERs), driving us closer to net-zero and saving billions of dollars in grid upgrades,” Richard said. “Not to mention, landowners benefitting financially from the infrastructure.”