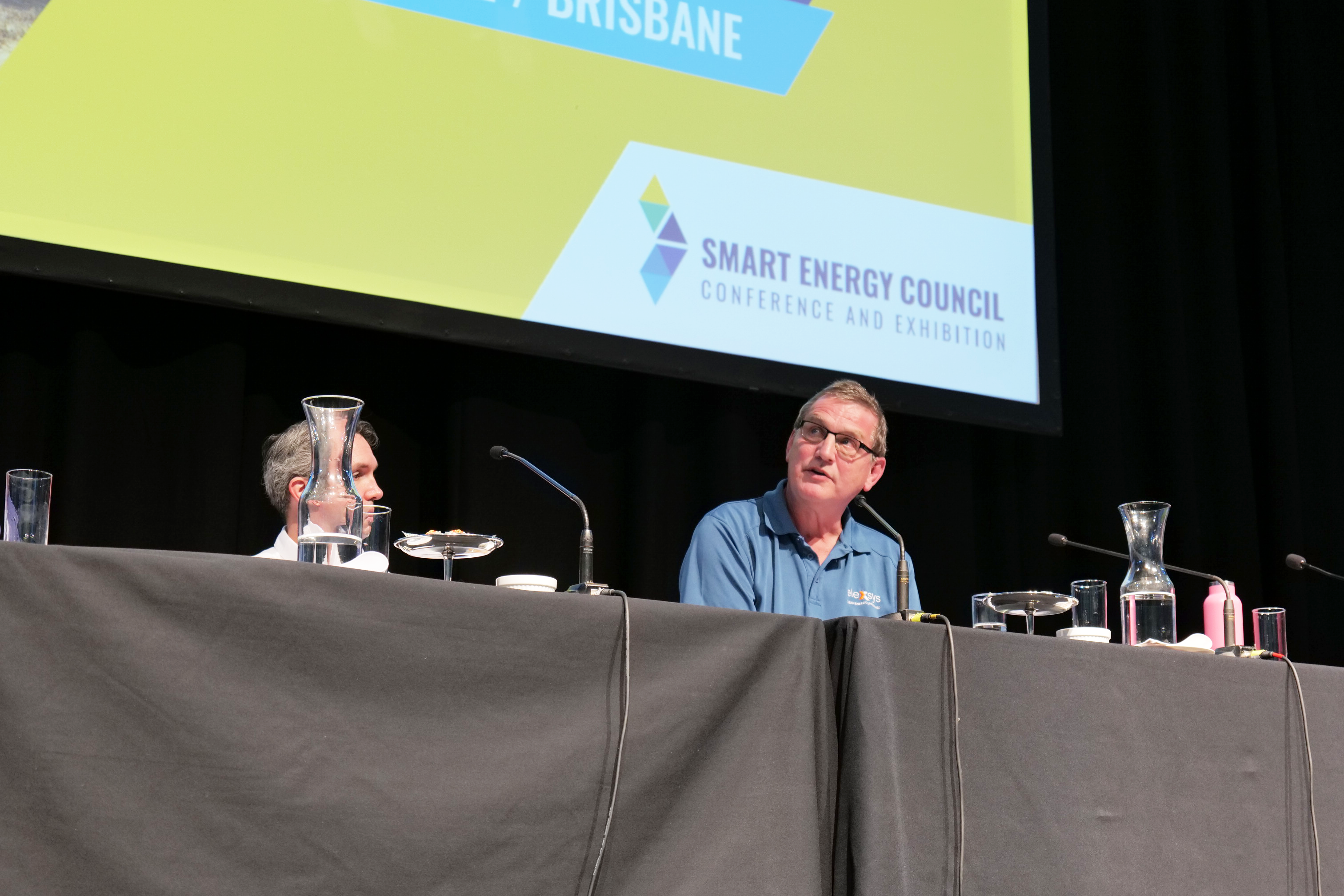 Co-Founder and Executive Director of eleXsys Energy Richard Romanowski has called for urgent action to reinvent Australia’s electricity network in an address to the Smart Energy Queensland Conference in Brisbane.

Mr Romanowski was a guest speaker at the event, hosted by the Smart Energy Council at Brisbane’s Royal International Convention Centre on 14 September 2022.
Presenting his vision for the electrical network of tomorrow, he highlighted the predicament created by the Electric Vehicle (EV) revolution which increasingly requires distribution networks to operate in ways they were not designed for.

As more consumers adopt sustainable transport options and seek to mitigate their energy bills by installing rooftop solar systems, networks must evolve to enable the two-way flow of energy caused by electricity being generated at multiple points and ‘shared’ on the network.

“To transition to a clean energy future, it is essential to have simple connection arrangements that are consistent across all distribution networks,” he said.

“Now is the time to leverage smart technologies and business models, such as eleXsys, for distributed energy resources (DER) that improve outcomes.

“We need to accelerate the widespread adoption of DER as opposed to being stuck in an endless cycle of trials, evaluations, and pilot schemes.”

Mr Romanowski expects overall electricity demand to increase significantly as the ‘electrification of everything’ process gathers pace. Customers will become prosumers as they seek to reduce their energy costs by embracing solar and battery DER solutions.

The majority of new energy generation will be created by customers, which may not be managed appropriately by electricity suppliers and retailers. Simple, consistent national processes will be required to accelerate the adoption of smart DER and provide certainty for prosumers.

Mr Romanowski made a compelling case for batteries to support DER across networks, supporting the US Energy Storage Association’s conclusion that storage will play a critical role in making electricity services resilient in the face of heat waves, fires, storms and other extreme climate events.

“Surely the days of investing in single-use infrastructure are gone. Infrastructure that provides multiple services represents the best value for money for governments and investors.”

Mr Romanowski has identified four steps that would enable Australia to create vital solutions by making the most of its current network:
• Unlock the latent capacity already within the system by making better use of the existing Distribution Network Assets worth billions of dollars;
• Streamline the utility connections process to accelerate the uptake of commercial and industrial solar and batteries;
• Introduce simple, consistent market processes to drive greater DER value for commercial, industrial and residential customers;
• Use smart DER to avoid the use of the disconnect backstop and connect more local DER